Newly released CIA documents include: The handling of UFO sightings and the potential weaponization of psychic power 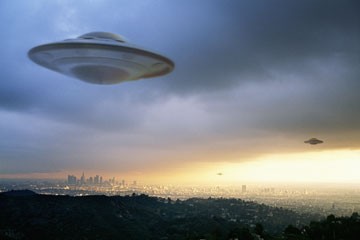 The beleaguered Central Intelligence Agency (CIA) recently posted over 12 million pages of previously declassified material on its “CIA Records Search Tool database.” As reported by Wired, this translates into approximately 930,000 documents, most of which are a collection of “magazine and newspaper articles” that the CIA would comb through in pre-internet days for data gathering. While most sleuths may not be interested in files describing the Libyan economy in 1974, or the strategies of invisible ink, the details released on how to handle a UFO sighting has gathered significant interest, as well as a section concerning the 1990’s attempts as “using psychic powers and telepathy for military applications.”

As reported by Thedailysheeple.com, the CIA was very “keen” on getting “rapid but thorough reporting” whenever the United States Air Force (USAF), civilians or any governmental agency spotted unusual skyward activities. They considered UFO sightings a “matter of national security,” and had a very specific protocol for disseminating information. The Unidentified Flying Object Program, which USAF personnel were required to adhere to, included a four prong assignment when encountering a UFO. These four steps were “detection, identification, interception, and destruction.”

The documents released into the CIA library make no claim that UFOs are real, or not. Most of the material describes “unsubstantiated” sightings between the 1940s and the 1990s, when UFO sightings were reported from Spain, Iran, Russia, East Germany, the Belgian Congo, Greece and Sweden. The first UFO sighting in America occurred in 1947 near Mt. Rainier, Washington, when businessman Kenneth Arnold reported seeing “nine disk shaped  objects . . . traveling at an estimated speed of over 1000 miles per hour.”  In 1948, the USAF suspected that UFOs might be a secret “Soviet weapon,” and they assumed the ultimate responsibility and control of UFO investigative activity. Although the USAF felt most sightings were explainable, they didn’t “rule out the possibility of extraterrestrial phenomena.”

Was Uri Geller a CIA operative in Project Star Gate?

As reported by Thefreethoughtproject.com, these newly accessible CIA documents also reveal research efforts in using “psychic abilities for military and intelligence use” in a project they labeled Star Gate. This program, which concluded in 1998, studied the application of remote viewing, where one person “sees” an object that is placed in a different location, and telekenisis, the ability to physically move an object that one is “not physically in contact with.”

Uri Geller was a very famous magician and psychic in the 1970s for bending spoons with his mind, and drawing images of what people were “thinking” about.  The CIA believed Geller had what they were looking for and invited him to take part in Project Star Gate. For one week in August, 1974, the Telegraph reports, Geller was locked in an “acoustically and electrically shielded room,” and asked to draw pictures created by a scientist in another location who would then tape the picture to Geller’s door.  He had some remarkable success.

Geller has since claimed to have been a CIA operative all along, doing  missions to “erase floppy disks,” and kill a pig with his mind. He admits he forced a person to sign a nuclear deal after mentally bombarding him with “sign, sign sign.”  He states that his theatrics and spoon bending brouhaha was all just a cover. Uri’s  CIA days may be over, but he still stays busy with spoon bending . . . for Kellogs. Hmmm. Is that even real food?

And the CIA? While they’ve made this latest data more accessible, we all know they are famous as well for creating their own share of fake news.