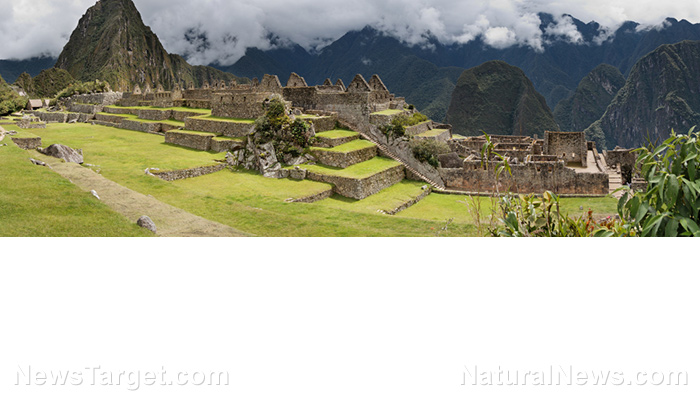 The prehistoric Pueblo people of North America — who did not have a written language or a number system — created architectural wonders using advanced geometry with amazing accuracy, proved a new study. In an article published in Sci-News.com, an Arizona State University professor found evidence that the ancient people laid out the Sun Temple archaeological site at Mesa Verde National Park, Colorado with numerous geometrical shapes which aligned surprisingly well with various sun and lunar patterns. Professor Sherry Towers saw that the Sun Temple featured several equilateral triangles, 45-degree right triangles, Pythagorean triangles, and even the Golden rectangle, which was used by the ancient Greeks in much of their architecture due to its pleasing proportions.

“The site is known to have been an important focus of ceremony in the region for the ancestral Pueblo peoples, including solstice observations,” noted Prof. Towers. “My original interest in the site involved looking at whether it was used for observing stars as well.”

As she looked deeper into the site’s D-shaped structure, she began seeing a few anomalies. “I noticed in my site survey that the same measurements kept popping up over and over again. When I saw the layout of the site’s key features also involved many geometrical shapes, I decided to take a closer look,” she wrote. Her observations were published in the Journal of Archaeological Science: Reports.

Most of us are familiar with the concept that the ancient Greeks, Egyptians, and Mayans built their structures using geometrical shapes. With some basic know-how (and lots and lots of manual labor), these civilizations erected beautiful complexes which have withstood the test of time. Yet, the ancestral Pueblo people had no written language or number system to help them when they built this site. More baffling is the fact that their measurements were near-perfect, with only a relative error of less than one percent.

Professor Towers said, “This is what I find especially amazing. The genius of the site’s architects cannot be underestimated. If you asked someone today to try to reconstruct this site and achieve the same precision that they had using a stick and a piece of cord, it’s highly unlikely they’d be able to do it, especially if they couldn’t write anything down as they were working.”

Towers’ analysis found that the Sun Temple was laid out using a common unit of measurement of 30 cm in length, or about one modern-day foot. Again, this bears a hair-raising similarity to other civilizations. Other ancient societies used a unit of measure similar to this. The Greeks preferred a measure of around 31.50 cm, Romans, 29.95 cm, and the ancient Germanic people of 33.53 cm.

Tower concluded her report with, “The findings represent the first potential quantitative evidence of knowledge of advanced geometrical constructs in a prehistoric North American society, which is particularly remarkable given that the ancestral Pueblo peoples had no written language or number system.”

This is not the first time that scientists have found confusing contrasts between supposedly “primitive” societies and superior “modern-day” architecture. One theory always waiting in the wings is alien assistance. Quite a number of people believe that the ancient structures such as the Egyptian pyramids in Giza, the Bolivian Puma Punku, and the Moai of Easter Island are evidence of other-worldly aid. Regardless of whether these theories are true, it is still a fascinating topic to talk about.

For more articles like this, and to learn more about space activity, UFO sightings, and the like, view Space.news.