Historical discovery: Astronomers have made the first ever observation of a ripple in space time 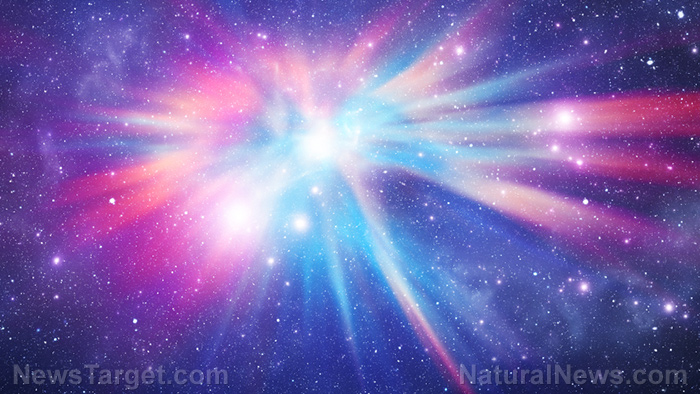 History has been made thanks to collaborative efforts from various corners of the globe. In a landmark event, astronomers were able to bear witness to space time, and the light ripples caused by the same event. Scientists believe the source of the ripples to be a kilonova: an astronomical event brought on by the unification of two neutron stars.

The discovery was made through the use of telescopes located around the world. According to Lancaster.ac.uk, it began with the National Science Foundation‘s (NSF) Laser Interferometer Gravitational-Wave Observatory (LIGO) in the United States and the Virgo Interferometer in Italy. Both observatories detected gravitational waves passing through the earth on Aug. 17, 2017, an event that would become known as GW170817.

No more than two seconds later, a short gamma-ray burst was spotted within the same area by the National Aeronautics and Space Administration‘s (NASA) Fermi Gamma-ray Space Telescope and the European Space Agency‘s (ESA) INTErnational Gamma-Ray Astrophysics Laboratory (INTEGRAL). Shortly after, the LIGO-Virgo network identified the source of the signal to be within a search area of the sky — one the size of hundreds of moons.

Several teams joined in the search, but it was Carnegie Institution for Science‘s Swope Telescope that found a new point of light connected with the collision. Following this, even more observatories joined in to watch the astronomical event and its after-effects unfold. Those who were able to observe the happening estimated it to be occurring at the same distance as NGC 4993, a lenticular galaxy in the constellation of Hydra. As such, GW170817 would have been roughly 130 million light-years from the Earth, making it the nearest gravitational event and closest gamma-ray burst sources ever witnessed.

“I’ve been extremely lucky to have been involved in this discovery which opens up a whole new field of astrophysics. It’s very exciting to see the buzz that this has created as this is the first time we’ve ever been able to detect gravitational waves using a normal light telescope at the same time,” said Professor Isobel Hook, professor of astrophysics at Lancaster University and co-author of a study that covered the event. (Related: Space weather radar system to be operational by 2021 hopes to provide advanced warning of power grid-killing CME solar flare.)

Elena Pian, Istituto Nazionale Di Astrofisica (INAF) astronomer and lead author of a separate study, shared Hook’s awe and enthusiasm, remarking: “There are rare occasions when a scientist has the chance to witness a new era at its beginning. This is one such time!”

Stefano Covino, Pian’s co-author on the study, added: “The data we have so far are an amazingly close match to theory. It is a triumph for the theorists, a confirmation that the LIGO–Virgo events are absolutely real, and an achievement for [the European Southern Observatory] to have gathered such an astonishing data set on the kilonova.”

Visit Space.news to get your fill of all news revolving around space.